For as long as I can remember I have suffered with anxiety, as a child I was always obsessing over all the bad things that might happen. I used to lie in bed worrying about fires, burglars and people dying. Things didn’t used to just go over my head, if I saw something in a movie then it would be added on to the list of things to be scared of.

For instance the part in The Witches where the parents died after going out meant that I hated it when my parents went out and we were left with a babysitter, it just left me with this feeling of dread that something bad was going to happen. I was scared of nearly everything including going to sleep in-case I had nightmares.

My senses were always heightened, if I heard raised voices then I would be outside the door listening and instead of playing I used to go rummaging around in bedrooms looking for things. Looking back I can see reasons as to why I was like it, I can’t go into a lot of it here as it’s really personal and isn’t all my story to tell but I think with all that going on as well as moving house every 6-12 months and starting a new school once a year it was all just a bit too much. I don’t think it was just an environmental thing though, I think some people are born more susceptible to suffering from anxiety and I’m in no doubt I was one of them.

My anxiety used to show itself in the form of ‘habits’, I used to have to take really deep breaths as it felt like I couldn’t breathe and I was always finding new ones which would eventually become replaced with something else, as I moved into my teen years I started to get really obsessed with my health. I was sure I was going to have a heart attack or go blind and would spend hours on Google researching the symptoms. There was a few years when I had been to my doctor for so many things that it’s a bit embarrassing to look back, liver disease, diabetes, heart problems, breast cancer.. I’m sure the word hypochondriac would flash up every time I went to see them.

In my late teens I started to suffer with really bad panic attacks. Some where I would think I was dying then some where everything just became really weird, they were the worst as I felt completely disassociated with the world around me and all the people in it. Luckily having so many meant I eventually found a way to deal with them and could catch them in their tracks before they escalated.

Then during my pregnancy with Cherry I suffered with anxiety a lot, mainly due to worrying I would suffer from post-natal depression like my mum had. Following her birth I was so relieved to find out I didn’t have it but then after a few weeks my anxiety really hit a new level because I became obsessed with something bad happening to her. I actually wrote about it here – Sleepless Nights, Black Tunnel Days – it feels really weird to read it back now as I don’t tend to write many posts like it anymore, thankfully because it’s not something that happened again. I would definitely say that it was the worst things have ever been which was good in a way as it meant they could only get better.

Following this my anxiety started to become less of an issue. I think a big part of this was because I started to ‘find myself’. I’d always had issue with confidence but through both being a mum and starting this blog I began to find things I enjoyed and was good at. I discovered a love of crafting and making things, I guess I found my purpose in life and that made me a happy person whereas beforehand I never really was. It hasn’t gone away though and I doubt it ever will, in fact sometimes I still have a really bad few days but I would now say that the majority of the time it’s not controlling me and on the bad days there are things I can do to ease it.

These are the things I’m going to share with you today, I’m not an expert and I can’t guarantee they will work for anyone else but they definitely help me. I can’t advise on medication as I’ve taken taken it, the list of side effects has always scared me too much but if things are getting really difficult then it might be worth going to speak to your GP. 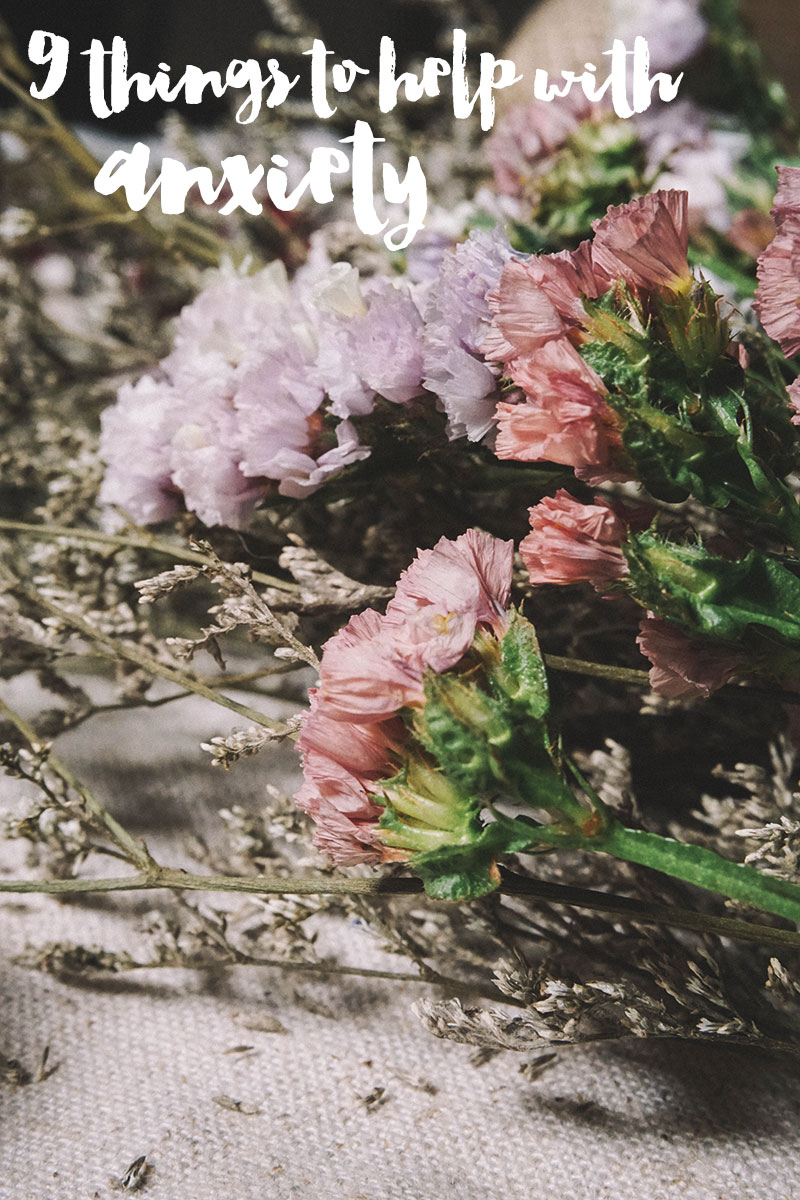 So these are some of the things that help me on a daily basis. I think it’s easy to forget that everyone worries about things, it’s just that most people can easily brush off the thoughts without them taking over. My friend sent me a link to this post the other day – 43 Things I Worry About On A Daily Basis – which I can really relate to, I worry about lots of them especially the shop alarms. I know I haven’t stolen anything yet I always get nervous when walking out!

Do you suffer with anxiety?

What do you find helps?

Don’t forget to connect with a therapist if you are really struggling with your mental health.

5 Steps To Get Your Day Off To A Great Start