My last update was just over a month ago and it’s quite surprising how much things have changed since then.

Please note that although these photos make me look really mean, he was only like this for one minute then I of course picked him up. I just couldn’t not use them because they sum him up so well this month!! 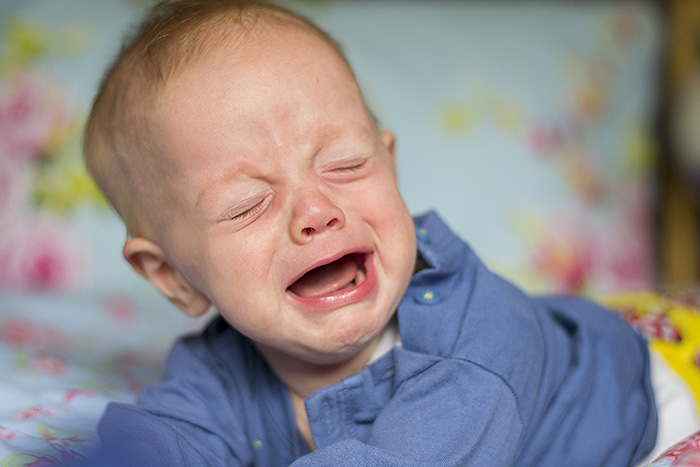 To start with teething has kicked in BIG TIME and my ‘chilled out little man’ now cries pretty much every time I put him down. I’m not going to lie, it has been pretty stressful. It’s so hard because you know they’re in pain and it must be horrible for them but when you can’t even put them down to go for a wee it is hard work. Plus it’s a bit unfair on Cherry as not only can I not do anything with her but he is quite grouchy with her too. There is still no sign of any teeth either, it’s such a draw out process but I am keeping an eye out every day for a glimpse of that first little tooth! 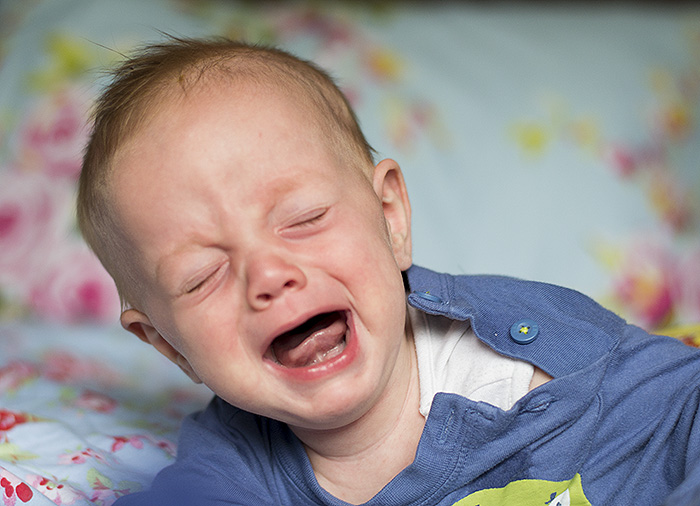 We went to the cinema recently and rather surprisingly he didn’t moan once the entire time so I might have to make it a regular thing. It is good to know that it’s something we can do at the weekend through the Winter though as movies for juniors only costs £3 for all of us which is such a bargain.

Sleep has become a thing of the past. The 5 month old baby sleep regression / teething / developmental phase – whatever it is has stopped him from waking once or twice a night and caused him to wake once of twice an hour!! The problem with this being that he doesn’t know how to go back to sleep himself so I have to feed him every single time he wakes, which I can handle if I knew it was a phase but what worries me is that he is going to get so used to having my boob in his mouth that he will never return to his old sleeping habits again.

At the end of the day I have to just ride it out and hope for the best because at least feeding him back to sleep means I get some sleep too, if I was getting up and putting him in the Ergo then he would fall asleep without me feeding him but I don’t think I would be able to function the next day. I just keep trying to remember they aren’t babies forever!

He is still staying downstairs with us until I go to bed which is something that I thought we would have stopped by now but after trying to put him to bed early the other night I gave up after sitting in our bedroom for over an hour trying to get him to stay asleep. It’s exactly why I hadn’t tried until now, with Cherry I used to spend all night trying to get her to sleep then end up going to bed myself and I can’t do that this time as I wouldn’t get any time to chill out downstairs at all. It’s almost essential to have those couple of hours to yourself in the evening to unwind, and eat chocolate.

I am sure it will get sorted at some point, and I’m sure I will miss him when he’s upstairs.

This 5 month old baby’s daytime naps are all still in the Ergo which is getting so much use. It’s an essential piece of equipment and I actually don’t know how I coped without one when Cherry was a baby! I use it in the house and when we go out as Tiger won’t sit in the buggy for longer than ten minutes. 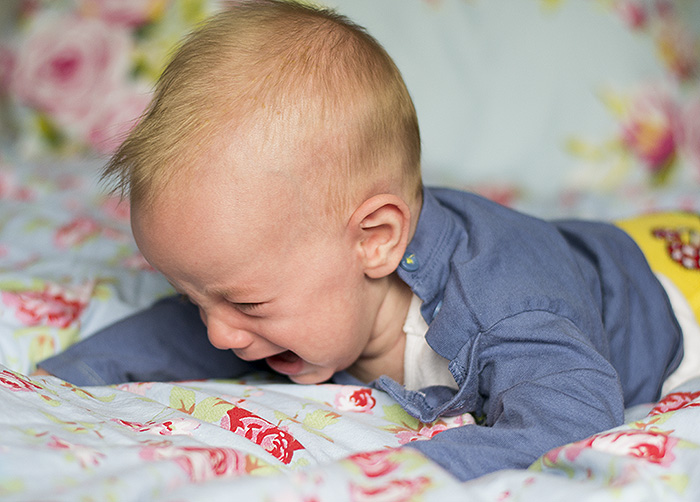 Breastfeeding a 5 month old baby still going well. I’m pretty sure that if he could he would spend most of the day and night with my boob in his mouth. I have actually resorted to trying to get him to take a dummy which I know is ridiculous given his age but I just thought it would have been useful for him to have it sometimes. He wasn’t having any of it though and despite there being one brand (out of six I tried) that he would suck on for a few minutes, if I tried to give it to him when he was actually crying / tired he would just go crazy so Cherry has given them to Noddy – Noddy is a baby apparently and has to have everything that Tiger has!

We haven’t started weaning properly yet, I’ve given him the odd mouthful here and there but he isn’t interested at all in purées and instead wants to grab whatever I’m eating so I think BLW will be a better option for us all this time. I expect I will end up doing a bit of both. 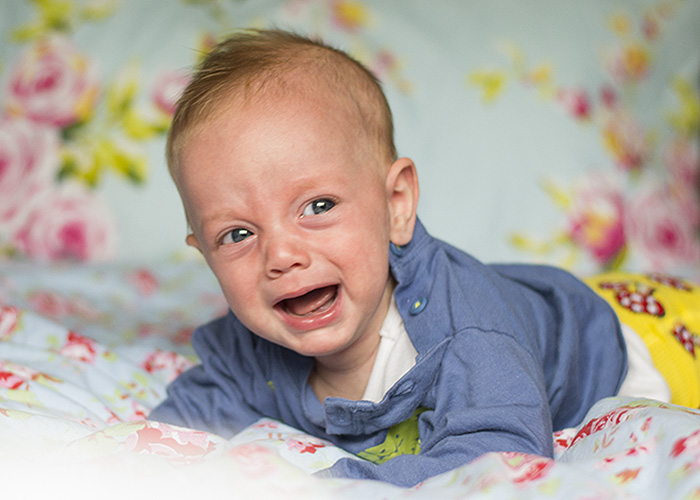 So this month with a 5 month old baby has been a hard one but it’s not all negative. When Tiger isn’t crying he laughs his head off at the silliest things which always makes all the hard moments worth it. He has become a pro roller and can get from one side of the room to the other in a few seconds, he also likes to wedge himself in corners / under sofas. He doesn’t really get a chance to play with any toys as Cherry grabs them all off him in a split second but he is still at the stage where everything goes in the mouth, including Noddy when Cherry goes to bed forgetting to take him!

Another thing Tiger has been enjoying this month is his Bumbo Seat, I didn’t get one for Cherry but it’s been really useful this time. We put him in it when we are eating dinner (obviously safely and supervised, we don’t leave him there on his own) and it means he feels like he is included. We will also use it instead of a highchair as we don’t have room for one in our kitchen. It’s fab for chucking in the car when going away / out for the day too. It’s really easy to clean and comes with a tray for putting toys / food on. It was sent to us by Bambino Direct who also sent us the bike that Cherry has been learning to ride this week.

You can read more about sleep regressions here.

How To Teach A Child To Ride A Bike