Another month has flown by and Tiger is now 4 months old.

I recently wrote a post called Balancing The Love about how it has taken me up until now to feel like I’m sharing my time equally between them without feeling guilty that I’m leaving one out.

It doesn’t feel like we are adjusting anymore, it feels like this is how it’s always been.

We are still in no routine, as is the way with breastfed babies Tiger feeds at different times every day, the frequency and length of his feeds also vary but I would say in the day he still feeds quite a lot, perhaps every 2-3 hours.

He has been teething really badly for the last couple of weeks which has meant he has been a bit of a winge-bag. I can’t really complain as he barely made a sound up until this point but now he’s a 4 month old baby that’s definitely not the case anymore. In fact Cherry has been a bit easier in the day recently but now Tiger has taken over as the one who is hard work. I ‘think’ I can see his bottom gum at the front starting to split though so there is a chance he is getting teeth earlier than Cherry did. All he wants to do is chomp right down on my finger (so hard it feels like he is about to break it!) so I am kind of hoping we see a tooth soon so he can go back to being his happy self. 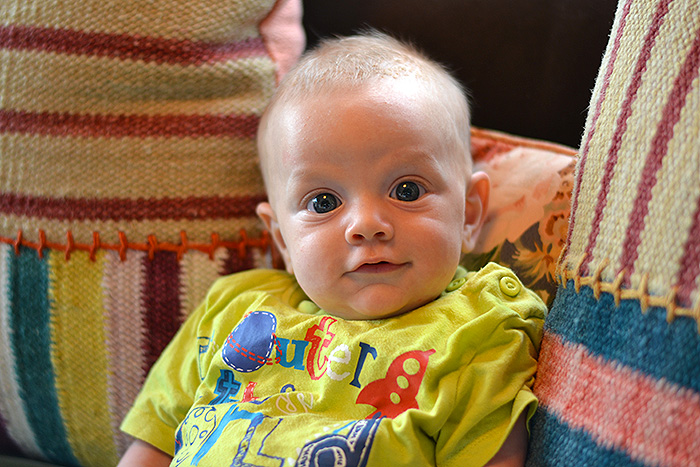 Baby wearing with a 4 month old baby is going really well. He has never liked the pushchair and the only place he will sleep is in the carrier or on the boob so not only do I put him in the sling / Ergo when we go out but I also put him in it when we are at home and he’s tired.

He’s even started to like being in it when he’s awake now too, he especially likes sucking on the fabric.

I have a post coming up about babywearing but I am enjoying it so much, it’s like being in a constant cuddle, only your hands are still free to do things. 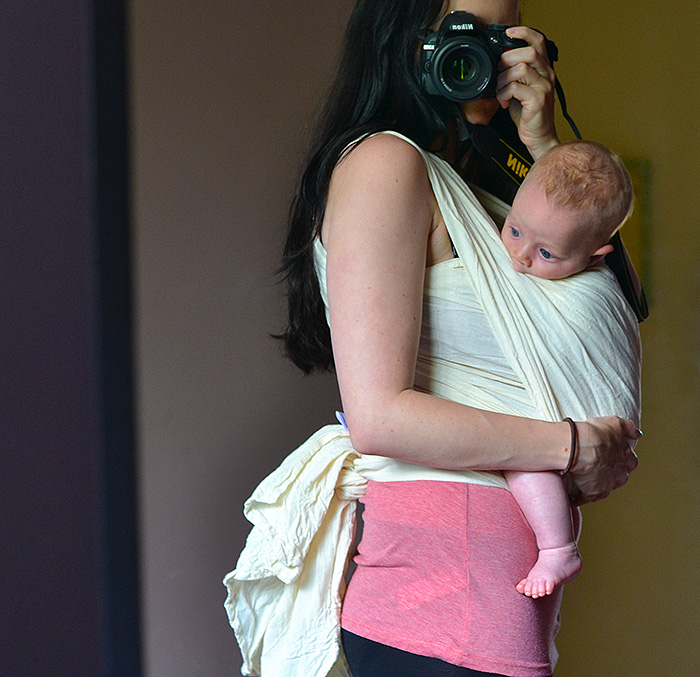 Nights vary, some are really good and some aren’t so good. He recently had his 4 month growth spurt which meant he was waking quite a lot but as he is right next to me I don’t really know exactly how often as I’m half asleep. We had our best night a few days ago where he slept from 9-4.30am then went back to sleep until about 9am. He is so much better than Cherry was at sleeping but then I am also more relaxed as I know it’s not forever.

He is still downstairs with us in the evening and comes to bed at the same time as me, he usually crashes out at about 9pm then I do his nappy at around 11pm which wakes him up enough to top him up with milk. At some point I will start putting him to bed at the same time as Cherry but I don’t want to start spending my evenings upstairs if he keeps waking so I’m not in any rush, I like still having him near me too.

One of the most lovely things this month has been watching his relationship with Cherry grow. He adores her and thinks she is absolutely hilarious. In fact every time she goes to do something that I think he will hate like pretend to drill his tummy or shout ‘TONY’!! in his ear (her name for him), he laughs like it’s the funniest thing ever.

She has really started to include him in her games too. Her latest is to make him visit her foot doctor shop, while he’s there she puts lip balm on his feet (pretends to), then puts a cake case on his foot. The poor boy is going to be bossed around by her so much but watching them together is honestly better than I ever imagined. 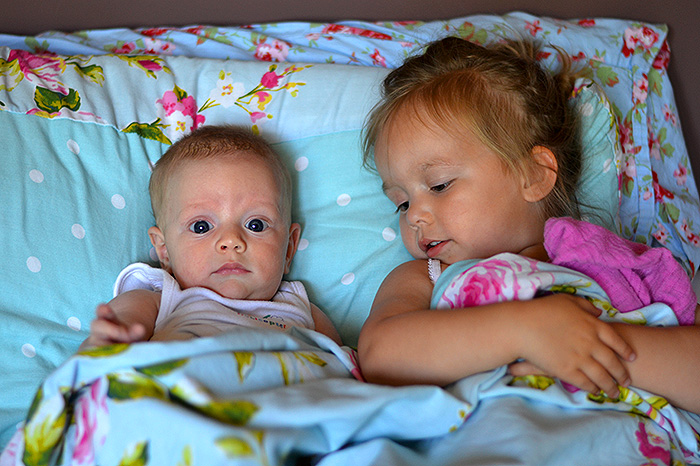 He has just started rolling over which is a bit scary as next will be up on all fours and trying to crawl. He doesn’t get much time in the day to try it as there is always a toddler about to fall on him but when Cherry is in bed he gets to roll around the living room for as long as he likes. Cherry started crawling when she was a 6 month old baby but I don’t think she ever rolled over really so he is already different to her, it will be interesting to see when he starts crawling / walking.

He isn’t showing any signs of being ready for food yet, I’m in no rush this time either so whereas with Cherry I got cracking as soon as I could, the closer to six months the better this time. I’m still not sure whether to do BLW or normal, I will probably do a bit of both as I’ve never been a big fan of letting them get covered in bolognese sauce!

As I write this Tiger is already nearly four and a half months, I just can’t believe how quickly the time is going!

To Designer Or Not Designer?!