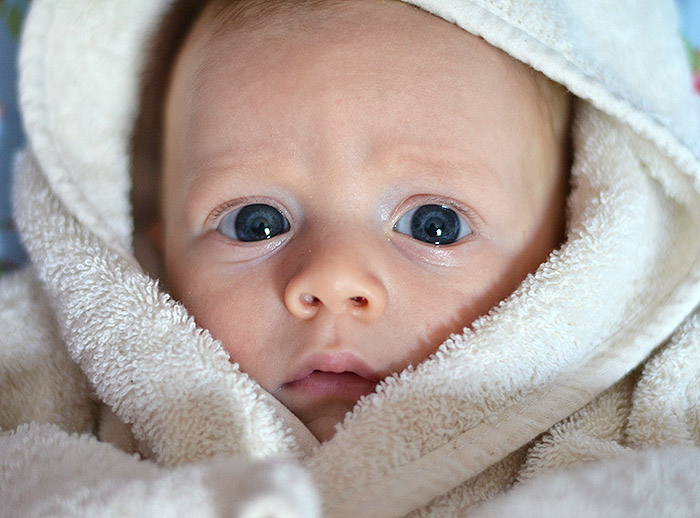 A whole quarter of a year has passed since I gave birth to him on my bedroom floor!

He has reached the start of the fun age now where he does more and more everyday and there is lots of interaction which is nice, especially for Mr C.

He has been giggling and trying to talk which is adorable. He is getting so vocal and when you talk to him you can see in his eyes that he really wants to respond. Sometimes it sounds like he is copying noises back but I’m sure it’s just a coincidence.

It still amazes me just how much they change in a matter of weeks, Cherry started talking when she was nine months so it will be interesting to see when Tiger does. 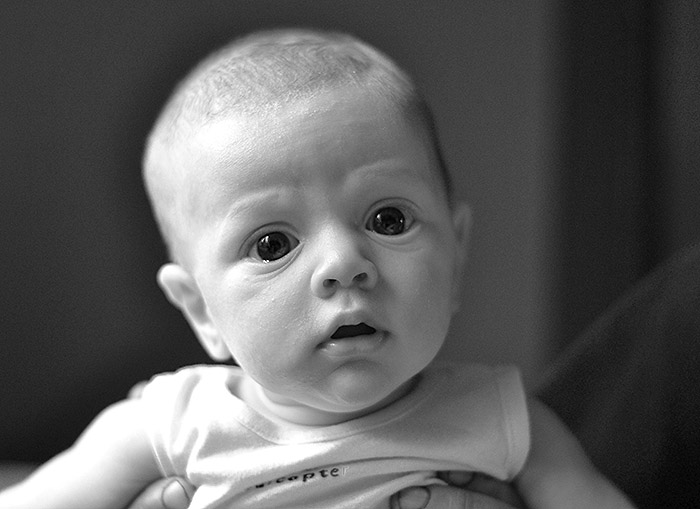 He is so quiet at the moment and hardly ever makes any noise. He moans a bit when he gets tired but that’s it really.

Feeding is still going well. He usually goes about every two to three hours in the day and in-between he has awake time then when he’s tired he starts moaning so I put him in the Moby wrap which he now LOVES. When he’s moaning he actually stops and gets excited when he sees me putting it on!

I have a post coming up about my experience with babywearing but I am growing to love it more and more every day. I would say Tiger as a 3 month old baby spends about half of every day in the wrap, more if we go out and he sleeps for so much longer that he does in any other place so it means I can get lots done. Plus have a permanent cuddle is amazing and I have been making comments to Mr C lately about how I ALWAYS want a baby to have on me like it! Mr C has insisted that he doesn’t want any more though. 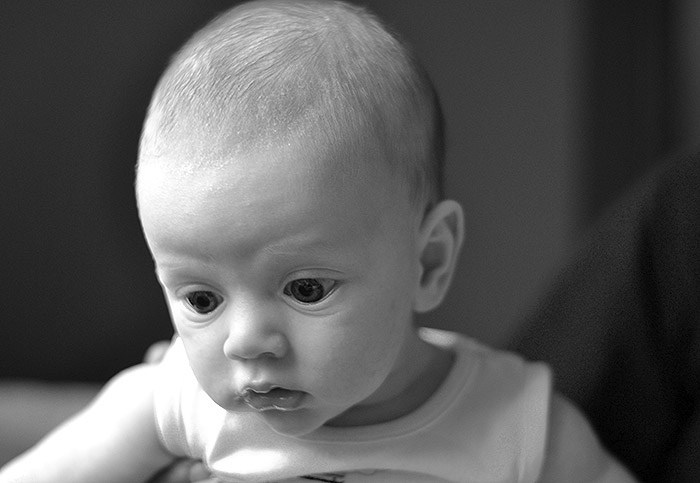 In the evenings he likes to cluster feed for a good few hours so he is still downstairs with us until I go to bed. I think I had started to put Cherry to bed early by this point but to be honest I used to spend most of the evening upstairs trying to settle her so I think I will wait until he is getting disturbed downstairs before I do that. Plus I think it will be a really big step and I don’t want to do it yet!

At night he is still going for about 4-5-6 hours at the start of the night then will sometimes go until morning or sometimes wake up once more. He also likes to have a lie-in and I quite frequently leave him up in bed asleep while we all get up. I know it might change at any moment but it’s nice while it lasts!

He has been able to hold his head up for the last few weeks which is nice as it means I can hold him like a little monkey clinging onto me instead of lying down.

He has huge eyes and an old lady peered into his pram the other week and said he looked like a worried little bush baby which he totally does!

I absolutely adore him! 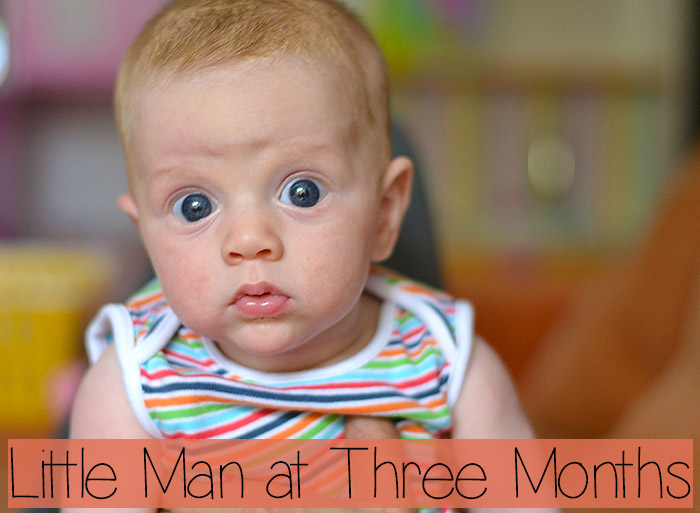