Our Week In Ilfracombe – Things To Do And See

Last week we spent the week in Ilfracombe, Devon with my dad.

It was so nice to spend the week with him and rather unbelievably for this country the sun shone all week!

It ended the Summer in a perfect way.

Our holiday apartment was in Ilfracombe which I have to admit has it’s negatives, in fact on first arrival we all thought it was a bit of a dive but it did win me over by the end of the week and I actually think rather fondly of it now.

One of the things we loved was Tunnels Beach, you have to pay to go in but after walking through some tunnels you come out on a beach which looks like nothing special to start with but once the tide is out it reveals lots of rocks pool, pebbly beaches and a huge rock formation which looks like a massive swimming pool. It’s fantastic for kids and I love that there is no sand. I am not a big fan of sand.

It’s great for rock-pooling and Cherry had great fun with her pink fishing net, I don’t think we actually caught anything though! 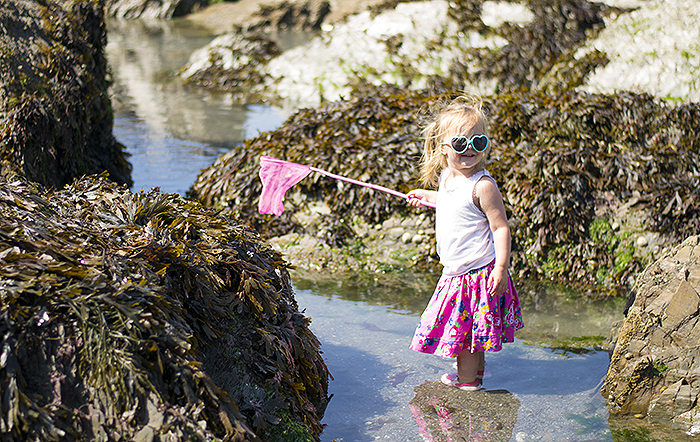 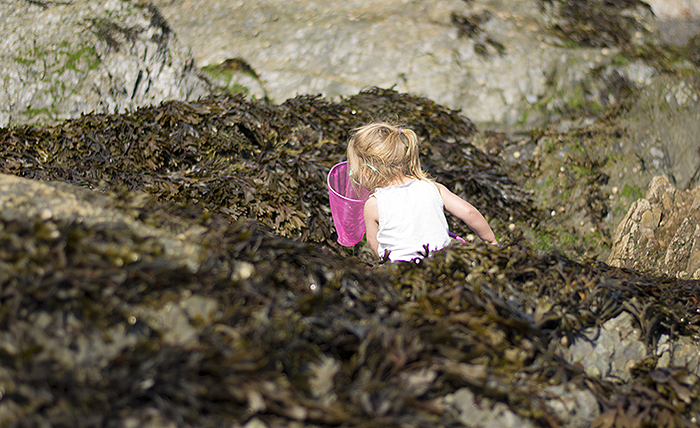 We also found a couple of restaurants that had lovely outdoor seating areas. One of which did the most amazing halloumi salad, they also made their own seeded bread which was SO yummy. In fact I would consider going back just to eat it again! I LOVE halloumi!

We walked up to Chambercombe Manor (not realising it was up lots of steep hills!) which is supposedly haunted. Unfortunately I read the info wrong and it was only open for guided tours when we got there which we knew Cherry wouldn’t like to so we walked around the gardens instead which were gorgeous. You can actually stay there overnight and they do special events at Halloween too, not sure I’m brave enough for that though!

We did lots of walking, ice-cream eating, ate fish and chips, drank cold beers and had a really lovely time.

Although next year we know we won’t be so lucky with the weather so my dad has suggested Greece instead. I’m looking forward to it already!

Have you been to Ilfracombe?

Can’t We Just Stay And Dance?