Home Crafts Why I Won’t Be Banning Barbie
CraftsReviews

Why I Won’t Be Banning Barbie

I read an article a few months ago about how five minutes of playing with a Barbie can ruin the career choices for little girls in later life.

I actually stumbled across it a day or two after we had bought Cherry her first selection of Barbie Dolls and for a split second it did make me stop and think but then I made the decision to let her be and play with whatever she wants.

Firstly because I think her career choices in later life are going to be down to so much more than what toys she played with when she was three and secondly because my sister used to play with Barbies and is now training to be a doctor.

We were recently sent a Princess Alexa Barbie for Cherry to review. It’s from the upcoming Barbie and the Secret Door Movie and was an instant hit with Cherry who loves Barbie and Princesses.

When you pull on Barbie’s arm she starts singing and the body flashes, it’s a pretty catchy song that you can’t help but dance to… ‘I got magic, magic magic’

You can read more about the movie and all the characters HERE.

The thing I really like is that it doesn’t have the typical Barbie body due to the need for batteries, this makes it a bit more appropriate for younger children.

Princess Alexa has been having a great time since she arrived too, hanging out by the pool with the other dolls… 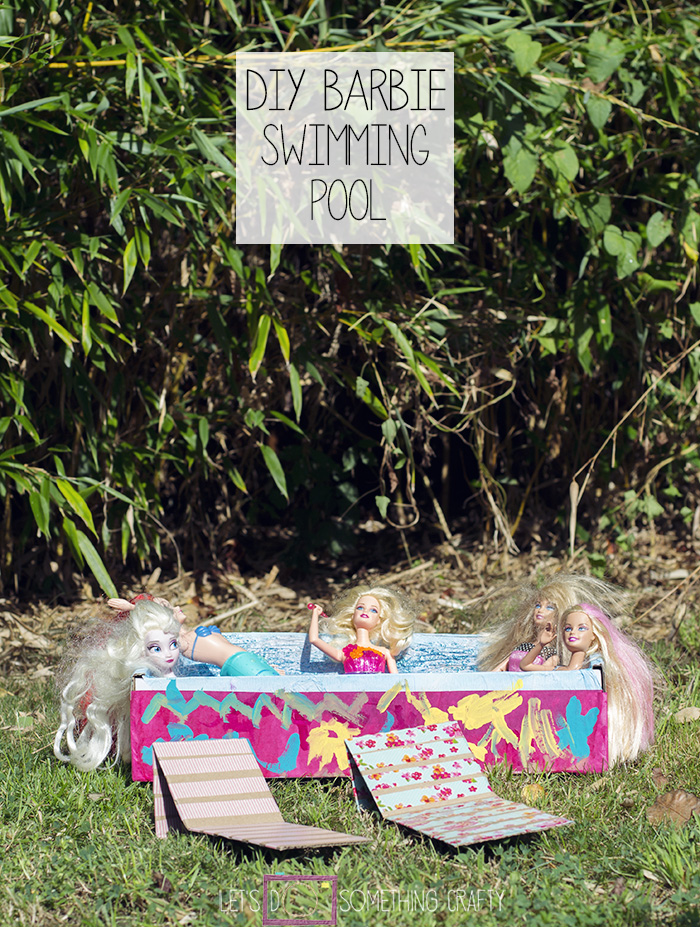 If you would like to know how we made the pool then it’s featured over on my craft blog – DIY Barbie Pool.

Are there any toys you’ve banned in your house? I don’t think I will be okay with Tiger having toy guns or knives although in my experience they end up using other items as these things anyway.

We were sent the doll free of charge for the purpose of this review but all the words are my own.