Home Me Me Me Illness, Bank Robbers And MASSIVE Spiders! #LittleLoves
Me Me Me

I didn’t join in last week as the last 10 days haven’t been much fun. It started when Mr C came down with a cold virus, this was a few days before Cherry came down with a tummy bug then by the weekend I had caught the cold and Mr C had caught the tummy bug. In the 12 years we’ve been together he’s never had a tummy bug, in fact he claims he’s never had one in his life so he was really, really ill with it. Weirdly it didn’t affect Cherry that much but I guess as he was ill anyway it hit him really badly. It was only a couple of weeks ago that the kids were really ill with fevers too so all in all this month has been written off to illness and it’s August so it really shouldn’t be like that! The weather has been so crap though that it may as well have been winter.

Having said that it was actually really nice to all spend a couple of days indoors while it was heavily raining, Mr C is one of those people who would never spend a full day in the house unless he was ill so it was kind of nice to have him here relaxing with us all. Touch wood we are all okay now, I’m still a tiny bit scared that I will get hit with the bug but given that I dealt with Cherry when she had it you’d think I would have caught it already if I was going to but we will see!

The Pizza Express takeaway menu, oh and the Nandos menu. Let’s just say a week of illness has sent my healthy eating way off track, I only ever feel like eating crap when I’m not very well and for two nights we had veggie sausage rolls, chips and beans! Beige food at it’s best 😉

I had a blast from the past movie night last Saturday and watched Clueless followed by Rome and Juliet, both classic films from my teenage years. I developed a huge crush on Leonardo Dicaprio after watching him play Romeo, my friend reminded me of when we used to rewind the part where he falls off the bed as you get a tiny glimpse of his willy, hahaha.

Then on Tuesday night we watched Wild with Reese Witherspoon which was really good. I googled it afterwards and pretty much the entire film was based on fact, I do love a true story. I would definitely recommend it.

Last night we watched Rush about two Formula 1 racing car drivers in the 70’s. I fell asleep last time we watched it so wanted to see the end, obviously it was also a true story and I really enjoyed it. We’ve really got into watching films since getting rid of Sky / Freeview although more so this week because we’ve been ill. I’ve been renting them from Amazon Instant Video until now but given that you can buy them new for around the same price I really need to be more organised and start ordering them in advance, Rakuten have an under £5 section too which I need to check out. I just spotted My Best Friend’s Wedding on there, another classic from my teenage years!

I’m going to be running a giveaway for my friend Fritha at some point in the next few days, she has an online shop and sells loads of great things, especially great for presents etc with Xmas coming up. This watermelon t-shirt is from there and I love it! It’s on sale right now too for just £9.99, you can find it here.

We went shopping yesterday and the kids found these hats in H and M. They made me buy them then insisted on wearing them around the shops so it looked like I was walking around with a couple of bank robbers! I actually love this photo, think it’s one of my new favourites.

Then when we got home the hats I ordered from Morgana’s fab online shop had turned up too, Tiger loved his so much that this is how I found him when I checked in on him last night! They are in the sale too and come in a few different designs, Cherry got a sugar skull one 🙂

The toilet door being opened and closed, a lot!! I won’t go into any more details on that one 😉

I’ve got quite a few craft projects coming up on my craft blog over then next week, we’ve also made a start on some Halloween / Day of the Dead crafts given that it feels like autumn already! 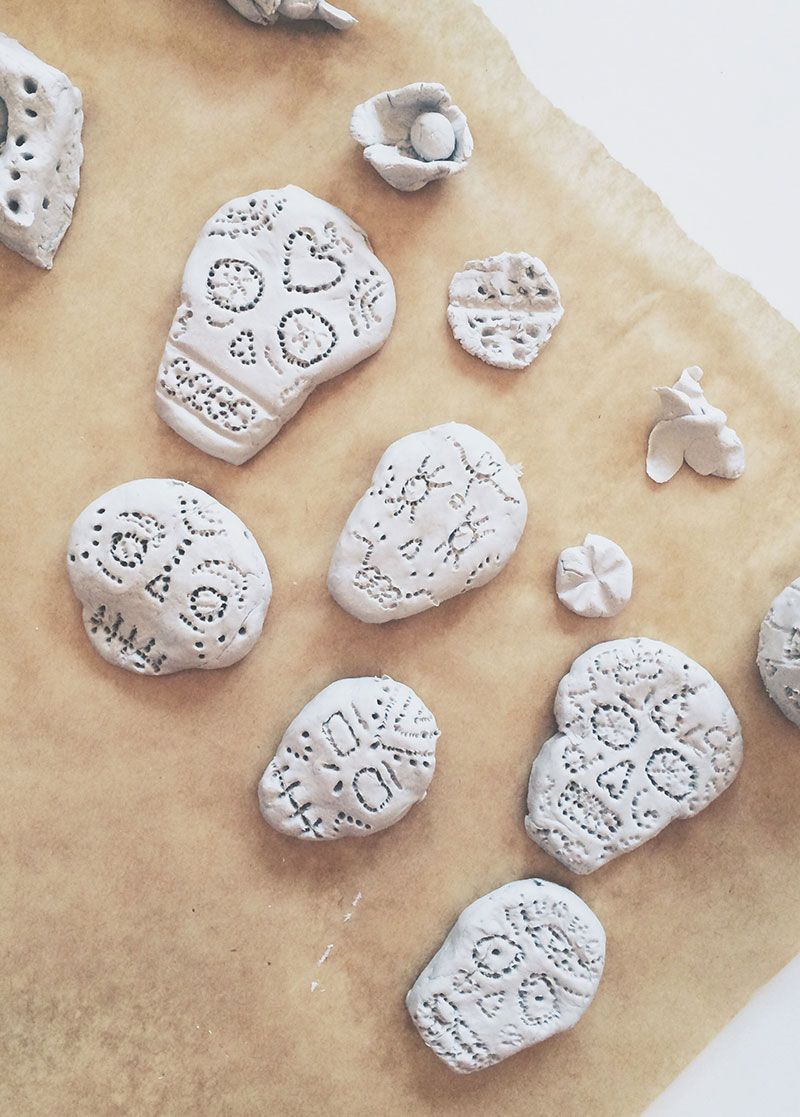 If you follow me on social media (although not Instagram, this is way too scary to be stuck on my feed forever!) then you will have seen me post this yesterday, I found it when I picked up a cushion next to my sofa and as you can see it’s as big as Cherry’s hand! It’s the 3rd one we’ve found this week too!!! Two just behind where I sit on the sofa and one about to crawl over poor little Tiger in bed. Apparently spiders are bigger this year and the weather is making them all come indoors which is a rather creepy thought, I’ve never really noticed them before but this year it’s proving to be slightly un-nerving. Hard to relax when you are waiting for a spider the size of your face to crawl over you!! Cherry loves them though so I have to pretend I do too, she wanted to call this one ‘friend’ and keep it as a pet!

Has anyone else noticed any massive spiders in their house?

Apparently they hate conkers and peppermint oil so today I am going to be tracking those things down although I think it’s still too early for conkers?!